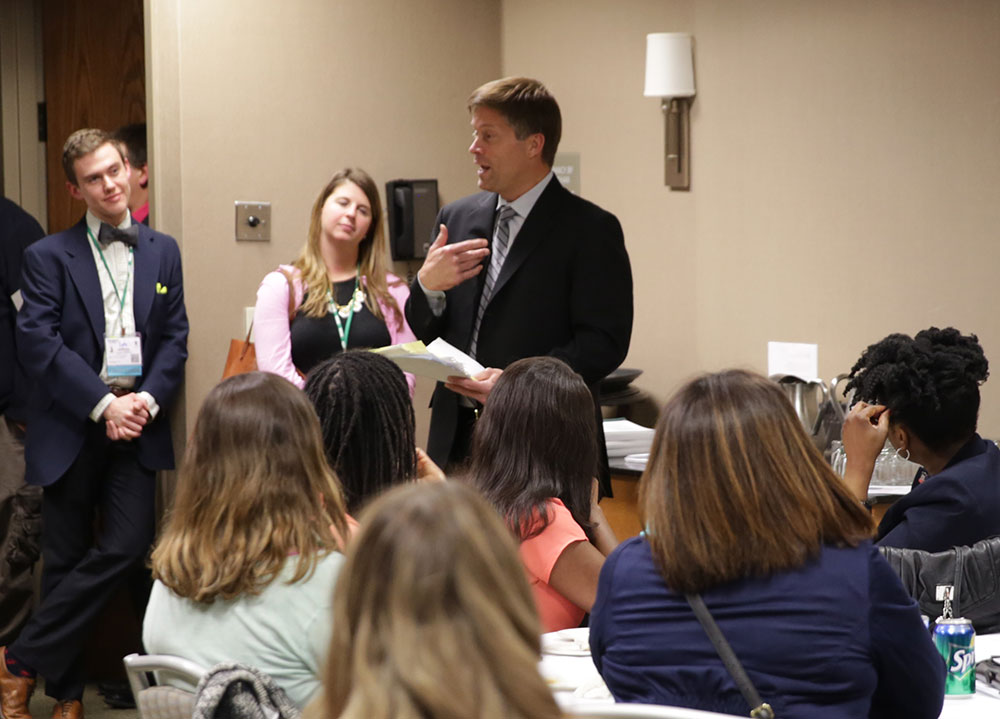 Only standing room was left in a space filled with professionals eager to be inspired, motivated, and informed at the Inclusion, Access, and Success (IAS) Reception during the annual IACAC Conference on April 30. Jerry Pope, College Consultant at Niles High School District 219, served as the guest speaker. Mr. Pope spoke to his experiences working with underrepresented students and highlighted alarming statistics impacting the youth of our society today.

Mr. Pope told the story of a student he was called to work with due to failing grades. The teacher was frustrated by the student sleeping in class. Mr. Pope knew something was wrong given the student demonstrated potential to succeed academically. After speaking with the student, Mr. Pope learned that his home life was preventing him from sleeping at night. The school worked to offer the student a place to rest. The student had great potential and his grades immediately turned around after simply catching up on his sleep. This story reminds us to never give up on a student.

[frame][/frame]   College readiness was just put in the spotlight…

By Antonio Rodriguez, University of St. Francis As temperatures outdoors…

By Anne Kremer, PresidentDePaul University For me, the New Year…