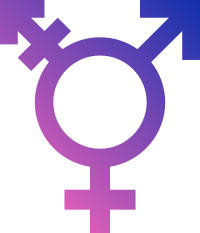 “An umbrella term (adj.) for people whose gender identity and/or gender expression differs from the sex they were assigned at birth.”

As a cisgender, heterosexual female, I rarely think about the congruency of my sex and gender. For the most part, I identify with the gender normative stereotypes based on my biological sex. However, as a woman of color, I’ve experienced discrimination (whether intentional or unintentional) as a result of living in a society that caters to the majority (Race, Ethnicity, Religion, Sexual Orientation, Ability, etc.). I’ve prided myself on working at an institution that focuses on individualized attention, not just in the classroom but in the admissions process as well.

Knowing that all students want understanding and validation in the admissions process, we ask ourselves: is there any unintentional marginalization of LGBTQ+ students in our admissions process? Are student needs going unmet? Over the past year, our office implemented some small steps to help all students, but specifically transgender students. Equality for all LGBTQ+ individuals in society is an overall goal that will take many hands and much work. Social change takes a long time to come about, however, smaller, manageable changes (or “small acts of advocacy”) can slowly add up and eventually lead to a gradual transformation.

It may seem obvious, but the first step is admitting that there may be a problem… with record keeping. Many schools must report information to the government; usually legal information such as name and sex listed on the birth certificate. However, much non-legal information is extremely useful but not required. Asking for a preferred name or nickname on the application form is standard, but not gender. Since both forms of information (nickname and gender) serve a similar purpose (to better personalize the student’s experience), it became clearer that there exists an opportunity to more accurately capture student information. Why does this matter? Perhaps it is helpful to clarify the distinction between sex and gender. “Sex” refers to biological and physiological characteristics whereas “gender” describes social roles and behaviors. A student who is male biologically may not identify with that particular sex or the society’s ideals of masculinity. Perhaps there’s a transgender male student who sings soprano in the choir, or a female transgender student who desires to join a fraternity. Including distinctions between sex and gender in a student’s record may help explain various combinations of student interests and can create a more comprehensive picture.

In November of 2013, our department added a gender field to our student records. There are many ways to unofficially keep track of students whose sex may not match their gender identity. Adding a gender data field acknowledges the existence of transgender students and allows for proper documentation when the student has shared this information with Admissions. Before adding the gender field, there was no standard practice of storing this type of information. While the Common Application does not yet ask about sexual orientation or gender identity, our school based application, supplied through Technolutions, prominently includes a question on gender. The goal is to offer more ways for students to self-identify and provide information about identity, as well as keep track of how many transgender students are applying to college.

Building communication based off of gender information, not sex

Having more information regarding gender identity allows for a more appropriate communication in the form of emails, phone calls, and decision letters. A few months ago, we put the sex and gender fields next to one another in the student record. Just tracking the information isn’t enough; it needed to be located in a visible area of the student’s record. Any direct contact with the student references the preferred name as well as any pronouns associated with the student’s gender identity, not sex. We have also found success in asking students how they would like to be addressed, what pronouns to use, and adjusting accordingly.

Many of our admissions personnel are safe space trained and work to create an open and accepting environment for LGBTQ+ and all students. Displayed safe space stickers show support and indicate a cultural competence for current and prospective students. This safe space creation also exists with our student admissions workers, some of whom also happen to be transgender. We have transgender tour guides and overnight hosts. Prospective high school seniors have the option to stay overnight on campus in gender neutral housing or housing with a current transgender student if available.

These are small changes that have gone a long way in one office, but there will be new challenges and opportunities. Prospective students greatly desire to attend a college or university that will not only allow them to reach their full academic potential, but will also respect the transformative process of identity that sometimes occurs along the way. Like any important data information, the challenge is to ensure that this information is communicated to the appropriate people (i.e. registrar, class lists, etc.) on a need-to- know basis, but does not reach those who should not have it. Just because a student has shared this information with us does not mean that they have shared it with everyone else. Sharing gender identity information may lead to assumptions or inadvertently “outing” a student if not used carefully. All student information must be used selectively and always with the student’s best interest in mind (and according to FERPA regulations). Continued dialogue and discussion is required between higher education personnel, the LGBTQ+ community, and allies in regards to the most salient needs for this college bound population. The best thing about small acts of advocacy is that they are easy to implement and can be modified quickly if needed. I’m encouraged by what I’ve seen so far and look forward to continued advocacy, one small act at a time.

What’s next for your professional career?