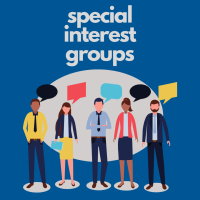 As many in IACAC, I joined the profession soon after graduating from college. I had been a student volunteer at my alma mater’s admissions office and couldn’t believe I was actually going to be getting paid to do recruitment work that I would have done for free either way. I immediately realized that the presence of both high school counselors and college recruiters of Latinx background, as well as those advocating for their needs, was not as strong as I would had imagined it to be. After all, according to the Census Bureau, Illinois has the 5th largest Latinx population in the country (take that, Arizona!) and 17.5% of the entire state population is defined as “Hispanic or Latino”, so I would assume that similar percentages would be prevalent in this field.

Needless to say, I have come across a great number of colleagues who are advocates for the postsecondary needs of Latinx students and families, but something was missing–we would see each other at college fairs, school visits, and conferences, but we lacked a space where we could come together, share best practices, and build community with one another. The arrival of the Latinx Special Interest Group, or SIG, fills a void I’ve had since I first became part of the IACAC family. I am honored to Co-chair this group alongside Gracie Covarrubias from DePaul, who is also excited to see this group getting launched. Please stay tuned for future announcements about this and other SIGs recently launched, and don’t be shy to reach out if you’d like to join or learn more about this group. After all, we’re in this together for the long run, and the more who take part in this adventure, the merrier!

Interested in learning more about IACAC’s SIGs? Check them out at this year’s virtual conference in the morning of Thursday, April 22!

Julie Nelson Xavier University Think back, if you can, to…