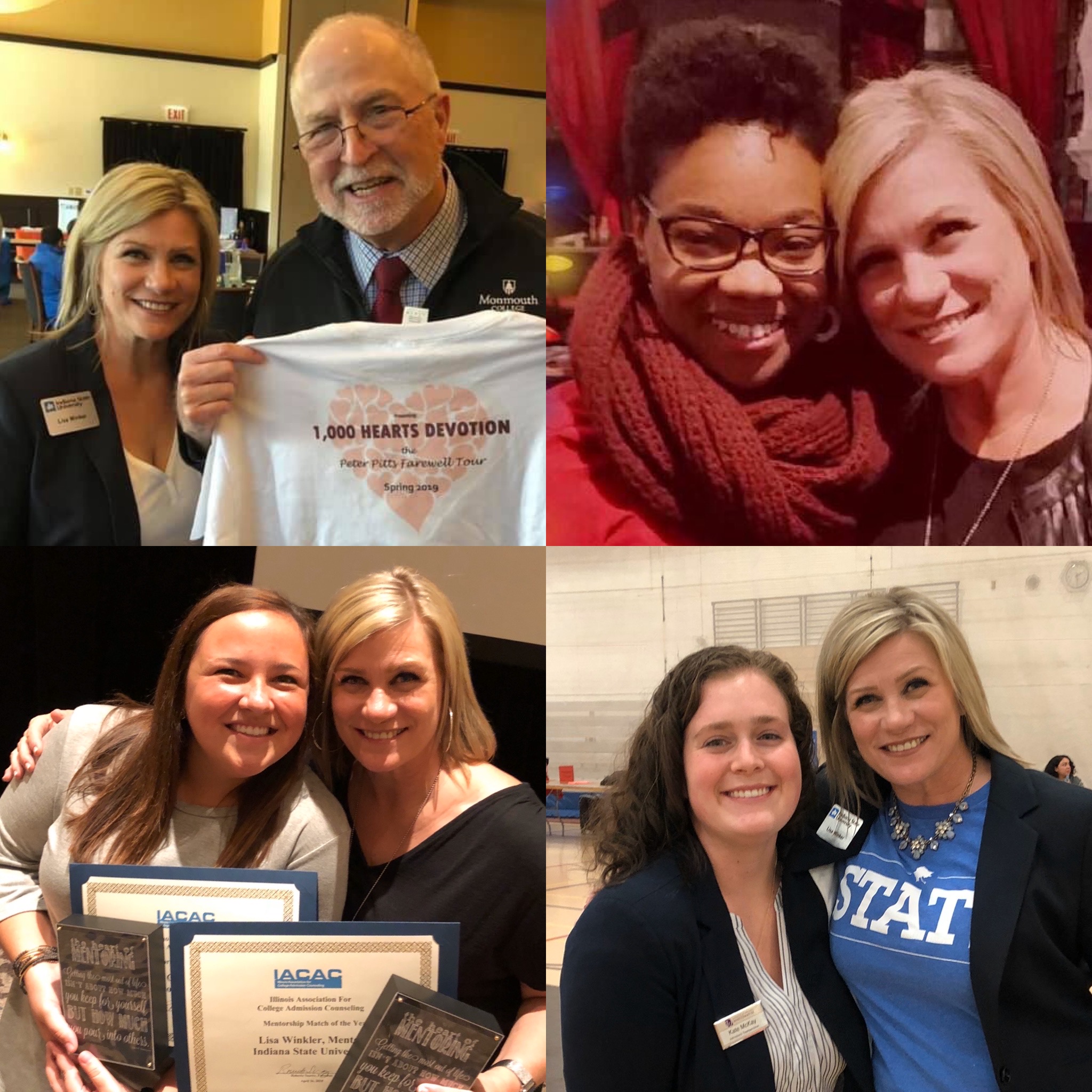 Seven years ago, during a very bitter cold week in January, my new colleague and I walked in to our alma mater, moving from building to building with frost on our faces, as we were trained to become the institution’s first regional admission representatives. As she and I were rushed from human resources to the admission department, we were trained on CRM and SIS platforms and were given departmental updates. We could barely warm our hands or catch our breath as we met so many new colleagues and took in numerous statistics and facts. Brain overload was in full effect as we learned about running filters and interpreting data. After taking in as much information as we could each absorb, at the end of the week we were handed laptops and we were sent on our way. Print materials were tightly loaded and packed into every nook and cranny on my car. As I drove off, I looked in my rearview mirror and saw the Dean of Admission shivering in the cold, waving goodbye. Like a bird kicked out of the nest to learn to fly, we were beginning a new journey and entering the world of admissions.

New to admissions, I was nervous and quite afraid of failure. I was fortunate that I had an eager, optimistic colleague to share the experience with. Together, we could certainly figure things out. For nearly three months, we worked relentlessly, attempting to make a mark on a territory overcrowded with fierce and experienced admission professionals. We quickly realized that we needed additional help from resources beyond our institution. Our college provided membership to an organization, the Illinois Association for College Admission Counseling (IACAC). We were directed to use IACAC’s website to coordinate and schedule college fairs. We quickly learned that IACAC was more than just a scheduling tool. One of the additional benefits of our membership was the opportunity to be paired with a mentor who would share information as well as provide guidance, motivation, and emotional support.

I applied to become a mentee through the Membership Committee’s Mentorship Program. Through an easy, but meticulous process I was fortunate to be paired with Peter Pitts, a veteran in the world of admissions. As a twenty-four year employee of Monmouth College, Peter was invaluable. He freely shared his wealth of experience with me and helped me set goals and network. Peter identified additional resources for me to utilize and was the person I turned to in order to bounce ideas off of and for constructive criticism. He steered me in the right direction and was instrumental in making me a much stronger regional admission counselor. His encouragement, tips – from which fairs to attend and where to park, his friendly face, and dry humor all warmly welcomed me at fairs and recruitment events. In the year following my mentorship match, Peter remained available to me and instantly became a friend. He was one of the first people I turned to when I began a search to find a new institution to work for. I often compare mentorship to having a big sister or brother in a sorority or fraternity. Peter is most certainly my “big.” Having someone in my corner contributed to self-confidence.

After several months, Peter recommended that I slowly get my feet wet within the professional organizations I belonged to. I began by volunteering at the annual conference which then led to joining the Mentorship Committee. A few years in to my career, with the memories of Peter’s kind help, I applied to become a mentor. I was excited to be able to provide assistance to someone just starting out in the field. In the past several years, I have had the privilege of mentoring three individuals – Ja’Vida Ford from North Park University, Kelsey Callahan from Loras College, and Kate McKay from the University of Wisconsin – Whitewater. Mentorships can only be as strong as the effort that is put forth. The relationship between mentor and mentee must grow naturally and develop as the needs of the mentee are divulged. Through in person meetings, emails, calls, and texts, I learned about my mentees and encouraged them to grow professionally. I tried to model effective leadership behavior while guiding, counseling, teaching, and motivating.

Mentoring programs positively impact not only the mentor and the mentee, but also the organization as a whole. Memberships can improve career outcomes, employee engagement, and retention. Mentored employees are often more satisfied with and committed to their career. Through mentorship, together we can move forward with direction and purpose.

As the anniversary of my career change approaches, I pause to reflect about those who have helped pave my way and shape me. On most days, I can be seen rolling my overloaded cart in to schools throughout Chicagoland. I am grateful for the connections that I have made and the friendships that have developed. I am proud of the regional admission representative I have become and the goals I have achieved, much of which is due to the relationships I have made through the Mentorship Program.

The “Minutes in a Sec” memo, a compilation of motions…