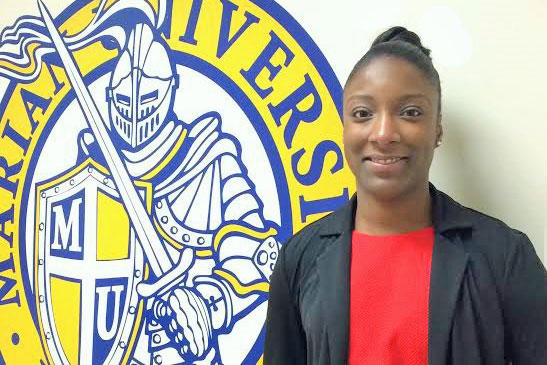 The Middle Management Institute (MMI) Committee recently followed-up with 2015 attendee, Ashley Hardy, on her experiences during MMI and how those experiences influenced her current recruitment cycle. This month, we profile Ashley and the great work that she accomplished after MMI, including joining IACAC and serving as a committee member for MMI 2016. If you are on the college side with 3-7 years of experience, are considering your next professional step in the world of college admissions, and love Indianapolis, Indiana, consider attending MMI 2016 at Butler University on June 14 & 15. Learn more about the Middle Management Institute.

What drew you into the field of admission?

After graduating college, I planned to complete a year of service and then attend graduate school for nonprofit management. I decided to join the AmeriCorps VISTA program at Tulane University. During my time at Tulane, I focused on volunteer recruitment through building relationships with local universities and community organizations. Near the end of my service, I realized how much I enjoyed recruiting and working at a university. While seeking a position that would combine these two elements, I stumbled upon the admissions profession.

How many years have you been in the field?

I have been in the admissions field for about five years.

Why did you decide to attend the IACAC Middle Management Institute?

I first learned about MMI through an ad in the Indiana ACAC Conference program last year. At the time, I was searching for a way to grow professionally within my organization but was unsure of how to do so. MMI seemed like the perfect opportunity to learn more about preparing myself for professional growth while networking with others in a similar career position.

What were your primary job responsibilities prior to attending MMI?

Prior to attending MMMI, my primary job responsibility was to manage all aspect of territory recruitment for 21 northwestern Indiana counties and Illinois. In addition to working with prospective students, their families, and guidance counselors, I also collaborated across campus by serving as a liaison to several different departments.

Did these change after the Middle Management Institute?

Post-MMI I received a promotion to Assistant Director of Admission at my institution. There were new expectations that came along with this role. However, the expectations that excited me most concerned budgeting. During MMI, there was a lot of discussion about the need to be able to manage people and budgets in order to progress in the admissions field. I realized that I didn’t much know much about my office’s budget. Armed with a better understanding of my communication style, I met with my supervisor after MMI to discuss opportunities to grow. My supervisor was receptive and has since given me responsibilities that allow me to better understand our budget.

What was the biggest take-away from MMI that you applied to your position post-MMI?

Where do you see yourself in 10 years?

In ten years, I see myself as a Director of Admission at an institution. At that point, I also hope to be much more involved in NACAC as well as my local NACAC affiliate.

I don’t care too much for ice cream, but I love rainbow sherbet.

I love going to the gym! Exercising is an excellent stress reliever and has been instrumental in my attempt to obtain a healthier work-life balance.

By Drew Eder, Highland Park High School The requests are…

Movers and Shakers is way to share professionally-related news about…