IACAC is honored to have Illinois Attorney General Lisa Madigan as our guest speaker during the Opening Session to convey recent concerns regarding the student loan crisis. Madigan will address the trend of student loan debt relief companies that have sprung up including the lawsuits brought against these companies. She will also discuss the difficulty that students encounter in finding counseling when they are in trouble on their student loans and the problems they have with servicers when they need help. 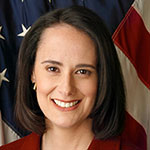 Before her election as Attorney General, Madigan served in the Illinois Senate and worked as a litigator for a Chicago law firm. Prior to becoming an attorney, she was a teacher and community advocate, developing after-school programs to help keep kids away from drugs and gangs. Madigan also volunteered as a high school teacher in South Africa during apartheid. Madigan earned her bachelor’s degree from Georgetown University and her J.D. from Loyola University Chicago School of Law.