Dr. Michael J. Sorrell is the 34th President of Paul Quinn College Under his leadership Paul Quinn has become nationally renowned for its innovative approach to using higher education to address societal problems.

Among the school’s numerous accomplishments during President Sorrell’s nine-year tenure have been: winning the HBCU of the Year (while being nominated three times), the HBCU Student Government Association of the Year, and the HBCU Business Program of the Year awards; achieving recognition as a member of the President’s Higher Education Community Service Honor Roll; creating the New Urban College Model that transformed PQC into the country’s only urban Work College and reduced tuition and fees to $14,300; demolishing 15 abandoned campus buildings; partnering with PepsiCo to repurpose the football field into the “WE over Me Farm”; achieving full-accreditation from the Transnational Association of Christian Colleges and Schools (TRACS); and rewriting all institutional fundraising records (including the most seven-figure gifts in school history).

Michael received his J.D. and M.A. in Public Policy from Duke University and his Ed.D. from the University of Pennsylvania (where his dissertation defense was awarded “with Distinction”).  While in law school, he was one of the founding members of the Journal of Gender Law & Policy and served as the Vice President of the Duke Bar Association.  Michael was a recipient of the Sloan Foundation Graduate Fellowship, which funded his studies at both Harvard University’s Kennedy School of Government (as a graduate fellow) and Duke University.  He graduated from Oberlin College with a B.A. in Government, served as Secretary-Treasurer of his senior class, was a two-time captain of the men’s varsity basketball team, and graduated as the school’s fifth all-time leading scorer.

Among the entities on which President Sorrell serves as a trustee or director are Duke University’s Sanford School of Public Policy, the College Board, the Center for Minority Serving Institutions at the University of Pennsylvania, Amegy Bank, Dallas Advisory Board of Teach for America, the Dallas Foundation, the Dallas Regional Chamber, SMU’s Tate Lecture Series, Civitas Capital, and Earth Day Texas.

The Washington Monthly Magazine recently identified Michael one of America’s 10 Most Innovative College Presidents and he is the only two-time recipient of the HBCU Male President of the Year Award (2016 and 2012) in history.  He was the 2016 recipient of both the Dallas Bar Association’s Dr. Martin Luther King, Jr. Justice Award and the Father of the Year Award for the city of Dallas. In addition to being a member of the “Root 100” (a list of the top 100 emerging leaders in America) by the Root Online Magazine, Michael has received: the Distinguished Alumni Award from the University of Pennsylvania’s Graduate School of Education; the A. Kenneth Pye Award for Excellence in Education from Duke University’s School of LawAlumni Association; the Excellence in Education Distinguished Alumni Award from St. Ignatius College Prep in Chicago, Illinois; the Luminary Award from SMU; and the TRACS Leadership Award.  The Dallas Historical Society honored Michael for Excellence in Educational Administration and the NAACP, Heart House, the Dallas Furniture Bank, and the Boys & Girls Clubs of Dallas have also recognized him for his civic leadership.  He is a past recipient of the Dallas Urban League’s Torch for Community Leadership and both the President’s and C.B. Bunkley Awards from J.L. Turner for his outstanding contributions to the Dallas legal community.  Additionally, in 2002 the Dallas Business Journal named him one of Dallas’ Forty Under 40 and in 2011, the same periodical awarded him a Minority Business Leaders Award.

President Sorrell is married to the former Natalie Jenkins.  Natalie is an alumna of Spelman College and received her MBA from the Wharton School at the University of Pennsylvania. They have two wonderful and happy children, Michael Augustus and Sage Louise-Sinclair.

In Illinois, the Treasurer is the state’s Chief Investment Officer and Frerichs is a Certified Public Finance Officer. The office invests money on behalf of the state and local units of government. Mike also believes in providing individuals with the tools so that they can invest in themselves.

He does this by encouraging savings plans for college and trade school, increasing financial education among all ages, removing barriers to a secure retirement, and protecting residents from predatory companies.

The Treasurer’s Office actively manages approximately $25 billion. The investment approach is cautious to ensure the preservation of principal. The investment returns are significant: For every $1 spent to run the office, Mike nets $28 for the state’s residents.

In Illinois, the Treasurer’s office predates the state’s incorporation in 1818. Voters in 1848 chose to make it an elected office. Frerichs is the 74th person to serve in this role. After less than a year in office, Frerichs was elected by his peers across the country to be on the National Association of State Auditors, Comptrollers and Treasurers’ Executive Committee. Frerichs also serves as Vice Chairman of National Association of State Treasurer’s Legislative Committee as well as Trustee on the Illinois State Board of Investment.

Mike was born in the Downstate farming community of Gifford, Illinois. He graduated from Yale University and spent two years in Taiwan where he taught English to young students and learned to speak Chinese. He returned to Champaign County and launched his own technology business. He was elected to the Champaign County Board and elected Champaign County Auditor. He also served as a volunteer firefighter.

Mike lives in Champaign with his young daughter, Ella.

Currently, she provides college and workforce readiness professional development workshops to schools and districts and has served as a consultant to the Department of Education FAFSA Pilot Program, College Board, National Office of School Counselor Advocacy (NOSCA) and the Education Trust.  A founding member of the National Consortium for School Counseling and Postsecondary Success (NCSCPS), supporting First Lady Michelle Obama’s REACH HIGHER Initiative, she was a panelist on President Obama’s, College Opportunity Agenda, Strengthening School Counseling and College Advising, at Harvard University and a panel moderator for the President’s College Opportunity Summit, at the White House. 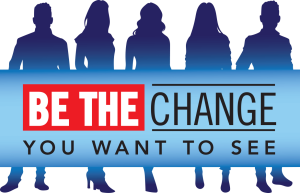